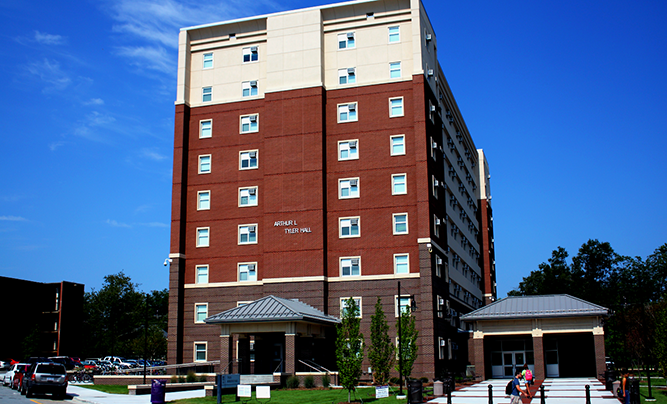 Tyler Residence Hall, built in 1969, is a 9-story high-rise residence hall. Raymond  was hired to assist the University with roofing and building envelope issues on this building. The entire building envelope was to be replaced.  We provided design documents and testing for the building. Water testing of approximately 6 windows on each elevation as high as the 9th floor (24 windows total) was performed. A report of findings was issued to the University.

A roof evaluation survey was performed to ascertain the condition of the roof. After reviewing these reports, it was decided that selected roof repairs would be performed. Additionally, the entire building envelope was replaced, cladding the old pre-cast concrete and storefront with brick veneer and punched windows to match adjacent structures.  The new exterior cladding was re-connected and made waterproof to the existing roof.

Meetings were held twice weekly during design and also during construction in conjunction with site visits. Items that were addressed included: 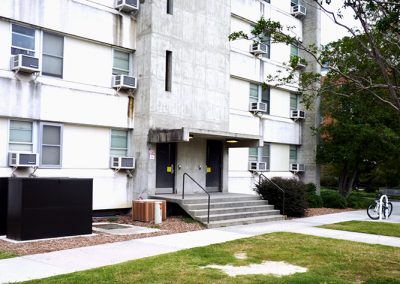 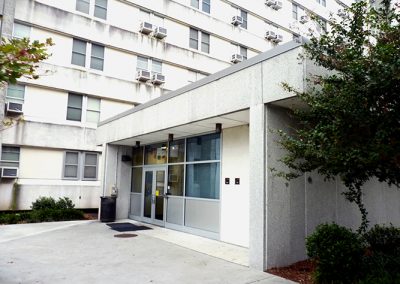 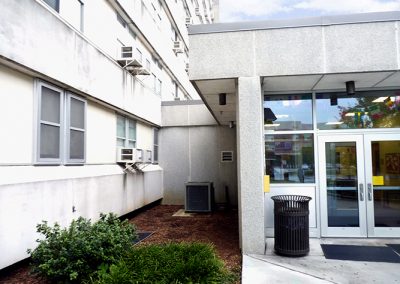