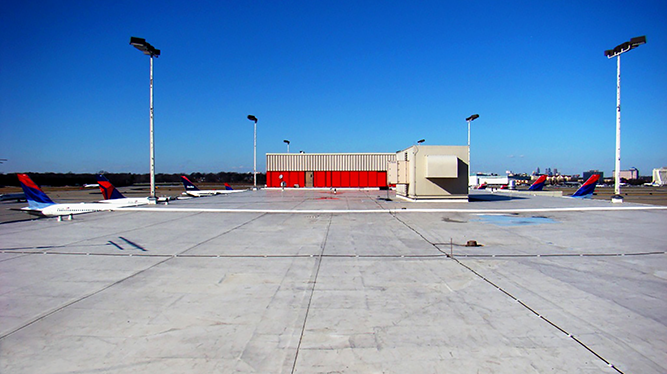 Each concourse of the world’s largest airport was issued for a competitive bid to provide roof evaluation surveys, re-roofing design, construction management, and quality assurance inspections. Raymond was the successful bidder for Concourses A & B. Concourse C was give to a firm which became non-responsive to the client and was ultimately replaced by Raymond to complete the construction management and quality assurance phase. Concourse D was awarded to a different firm, but due to issues that developed between the Owner and the Architect, Raymond was retained to review and make corrections to the design as well as provide construction management for the completion of the project. As a result of the quality of workmanship provided by Raymond, this firm has been retained as General Consultant to the facility. In 2013 we also were retained to do work on the Terminal Central Utility Plant and additional repair specifications for portions of the main terminal.

Two major challenges exist when working at this airport: non-interruption of flight operations and access to restricted areas. This project also included the re-roofing of two active control towers. There were limited areas for ground operations and these were subject to change if the ground control tower decided to place a plane in an area where it would block ground operations for roofing crews. We also worked closely with the AATC to avoid delays in getting roofing personnel badges.

In order for the concourse to become more energy-efficient, the R-value was raised from R-6 to R-20. Also, a white single-ply membrane was installed in order to reduce heat gain that typically occurs on roofs. Lastly, the system was designed to last for 30 years. Although we were aware more than three years in advance that this project was going to take place, our firm was given only three weeks to develop plans and specifications for both concourse once they decided on a roofing system. 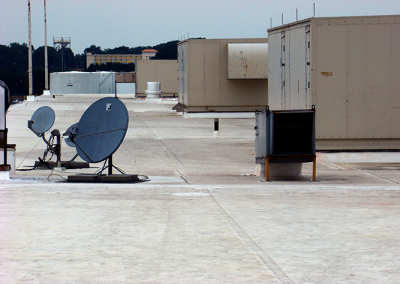 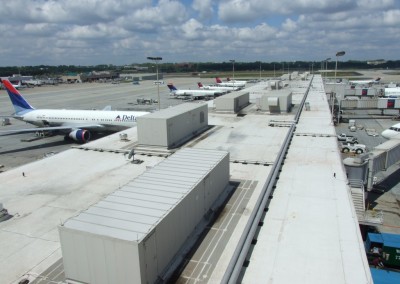 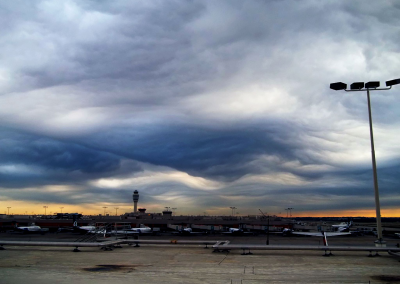 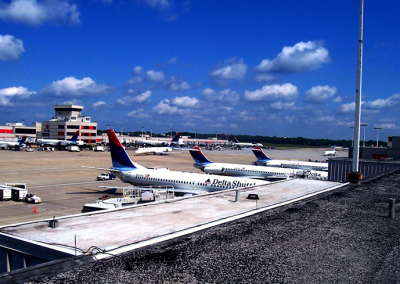