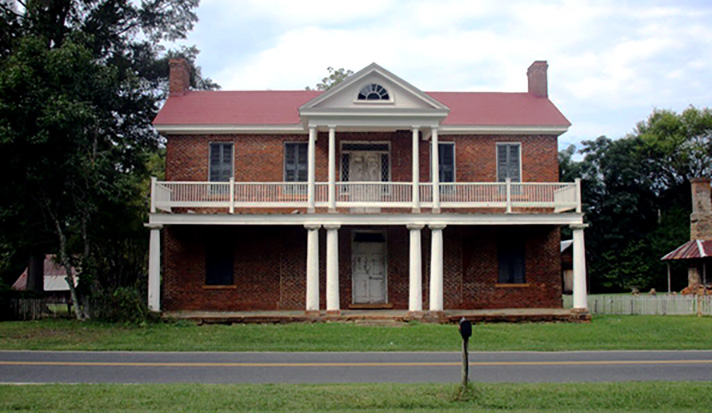 The Bratton Brick House was originally built in the early 1840’s (1841-1843). York County Culture and Heritage Museum (CHM) acquired the property in December of 2001.  The house had not been actively maintained for several years, and was moderately deteriorated.  CHM contracted Raymond to first assess the condition of the building and to prepare design documents to stabilize the building and prevent further deterioration.

The Museum performed extensive investigations and research on the original construction materials and methods used in building the House.  These efforts revealed that the front part of the house originally had a tin shingle roof installed, and the rear part of the house had a wood shake roof.  The design intent was to replicate, as close as possible, the original construction materials but use modern materials and methods to ensure the proper performance and service life. The exterior walls of the front part of the house were multi-wythe masonry; the bricks were formed by hand and fired on site, and set in a lime putty mortar.  Years of exposure had deteriorated the mortar in the joints to the point that the structure was in danger of partial collapse.  A masonry repair scope was prepared to repoint and rebuild sections that were deteriorated.

The combination of deterioration and settlement in the wood framing of the front porch caused the ridge line to drop approximately eight inches from back to front. The roof rafters of the rear part of the house were saplings. Raymond retained a structural engineer to evaluate and design structural plans. Raymond developed the plans and specification for tuck pointing of masonry walls and two roof systems. 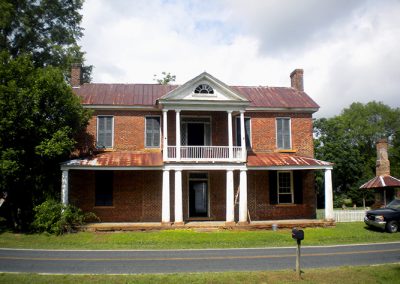 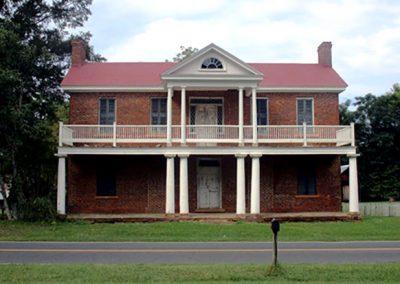 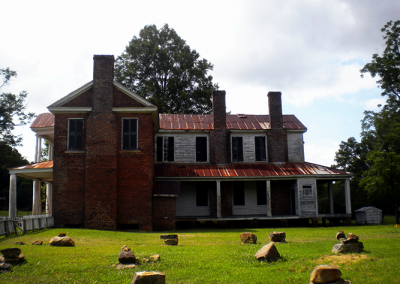 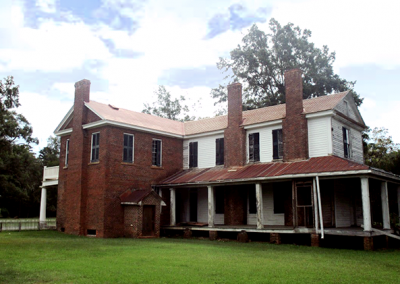 Photo 2 from the write up edit 2 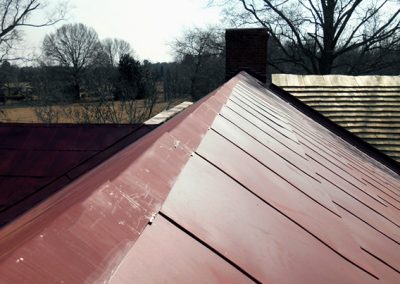