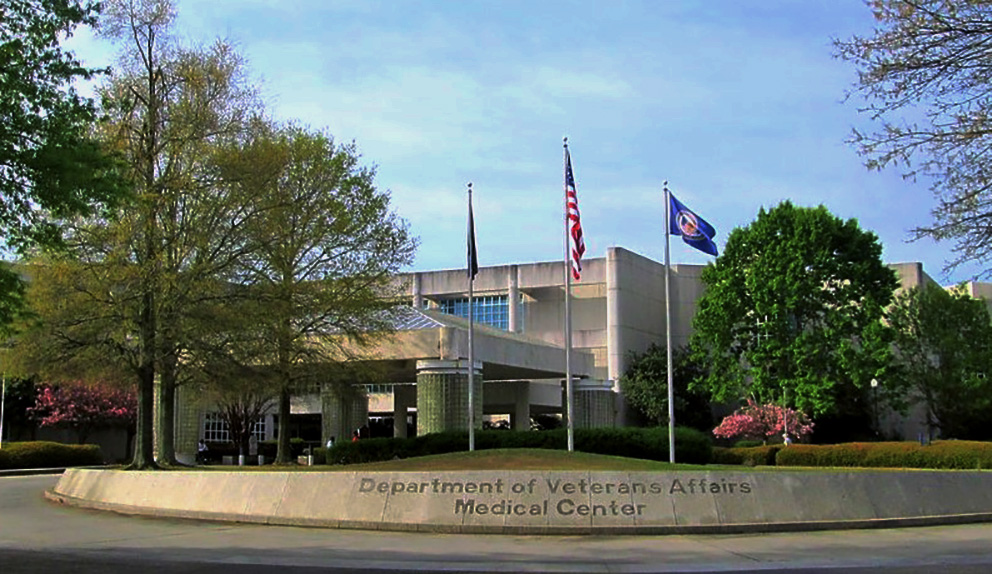 The main source of water entry at the precast concrete wall panel cladding was deteriorated sealant at control joints and open wall expansion joints. Raymond designed the replacement of the control joints using silicone sealant, cylindrical backings, and fiberboard filler. The membrane at wall expansion joints and metal covers had failed. Therefore, Raymond designed a new fire-retardant expanding foam expansion joint that is sealed to the cladding using silicone sealant and covered by metal covers. Raymond’s staff performed a Rilem tube test of the concrete wall panels to determine that the porosity of the panels was not an issue. The panels were to be cleaned with pressurized water, and the window walls were to be cleaned with a mild detergent. Although driving rain posed little concern, Raymond developed an alternate for the concrete panels to receive a water repellent to aid the resistance of dirt accumulation. The pedestrian plazas that were over lower floors had been dealing with leaks since the building was constructed and was continuing to have leaks since the recent roof replacement. The plaza roofing is modified bitumen where walkable areas have protection mats, insulation, concrete pedestals, and concrete pavers.

The vegetative portions have protection mats, insulation, filter fabric, and overburden. Raymond made destructive openings at both systems to determine that expansion joints at the plazas were improperly detailed. The modified bitumen membrane is simply applied over the joint with no relief for expansion and contraction which caused the membrane to tear and become open. Raymond identified a manufacturer whose membrane expansion joint are compatible with the modified bitumen roofing. Then, Raymond developed details to install the expansion joint cover that is acceptable to roofing system manufacturer to maintain the existing roofing guarantee. The building enclosure details were reviewed by a Fire Protection Engineer who found our details appropriate to maintain the existing construction’s fire rating.

At front entrance canopies, leaking prefinished steel built-in gutters were the main issue. Raymond developed a plan to remove the storefront windows above the built-in gutters and replace the gutters with completely soldered stainless steel gutters. Furthermore, the gutter was also transitioned to a cover for the concrete beams that are becoming stained. The existing storefront windows could be reinstalled to reduce cost.

Water migrating through the retaining wall at one front entrance is causing the rendering on the front the wall to peel. Trees, bushes, sidewalk, grass, and fill at the back of the wall should be excavated to properly address the issues. Raymond designed sheet waterproofing to be applied at the back side of the wall along with gravel, drainage pipes, filter fabric, and back-fill. New sidewalk was designed to match the existing path. Raymond also had a landscape concept prepared by Landscape Architect to match the existing.

The handrails at the front canteen and the loading dock were rusted. The handrails at the loading dock were set into the concrete which held water and caused rusting the base of the handrails. These handrails were designed to be replaced with new handrails that set on top of the sidewalk. The sidewalk and accessible ramp at this location was also to be cleaned and coated with a new pedestrian traffic coating. At the canteen, the guardrails’ finish was peeling. These guardrails were to be scraped of all scaling rust, primed with a rust inhibiting primer, and painted with exterior grade metal paint. 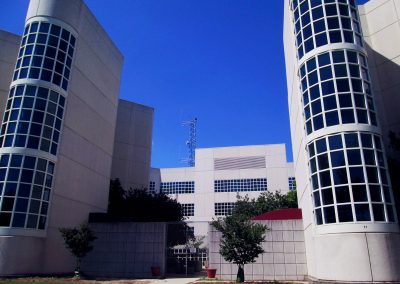 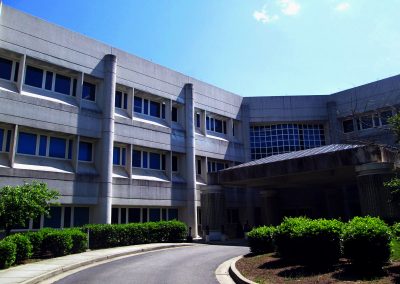