The School District of Pickens County retained Raymond to evaluate the building envelope of the Forest Acres Elementary School. The survey revealed a variety of roof decks. A structural concrete deck with light weight insulating concrete was found on the original wing. When the building additions were added, a portion of the light insulating concrete deck was removed and new bar joist and metal deck were installed over the structural concrete which formed valleys. An acoustical metal deck was found on the gymnasium and standard metal deck was found on the remainder of the building. The existing building’s roof system was 22 years old, with the most recent addition of the roof system installed in 2004. Numerous cracks were also found in the EIFS band at the top portion of the exterior walls. At one change of elevation there were no through-wall flashings in the masonry wall above roof line.

Raymond designed a new 2-ply modified bitumen roof system with an alternate for a fully adhered PVC roof system. Both systems are warrantable for up to 20 years. The design also included a metal wall panel system on all walls above grade, new roof to wall and roof to roof expansion joint covers, and new through-wall flashing on the masonry walls above roof line. The design also included replacing 96 windows. The existing window glazing was found to contain asbestos materials. Appropriate measures were performed to remediate the hazardous materials in accordance with OSHA standards and other governmental regulations. In addition, the design included tuck pointing and re-caulking of the control joints on the masonry walls above grade. Finally, the design addressed all the other deficiencies resulting in a water tight and more efficient building envelope. The added R-value in the additional roof insulation along with a white surfacing membrane system will save the owner on future utilities costs. 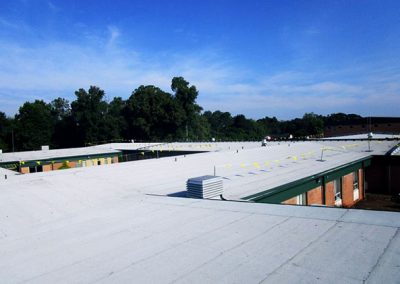 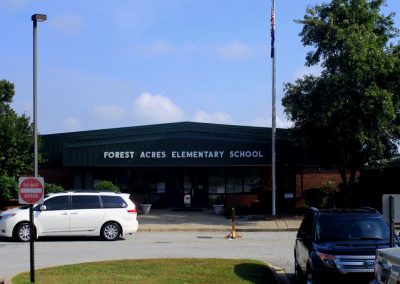