Raymond was retained to initially provide a roof evaluation survey for the LOB located in downtown Atlanta, GA. The roof system was a built up system that was approximately 20 years old. It was decided that the existing roof system had reached the end of its serviceable life and that repairs would not be cost effective.

The Coverdell Legislative Office Building Design Project brought with it a unique set of challenges. The building was built in the 1930’s. Due to the high level of traffic and the Legislature being in session, a tight schedule required adherence during installation. As well as the visibility to the public and the stature of the building itself, a more aesthetic appearance was a determining factor for the new roof system. Due to The Coverdell Legislative Office Building being located in the middle of Atlanta, access to the building was difficult from a physical and security viewpoint. The removal of abandoned equipment, a prodigious chilling system and supporting structure, needed to be addressed. Considering these factors, Raymond designed a Protected Membrane Assembly for this roof.

The Legislative Office Building project started August 21, 2008 and the end date was April 23, 2009. Initially, the project was to end within 120 days of the start date. However, after the design completion, the legislative budget was cut and the re-roofing portion of this project was put on hold.  Once the project was restarted in 2010, the new facilities director decided to compose changes to the initial design.  The project was then placed on a new schedule and would have been completed on time except the roofing contractor went into bankruptcy and bonds were pulled.  Raymond was able to work with the client, the insurance company and the new roofing contractor to assure the completion of this project with minimal delay.

*Occurred when roofing contractor discovered a hole in the leader line of pipe embedded in concrete below the deck. This was a plumbing issue, but Raymond was able to assist the contractor in resolving the problem without necessitating an additional outside contractor. 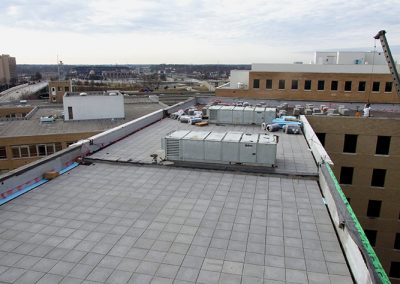 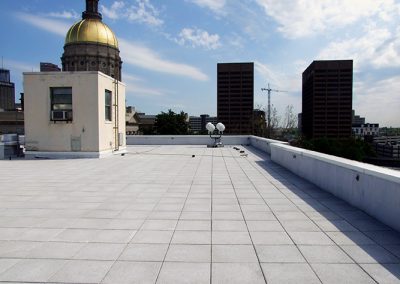 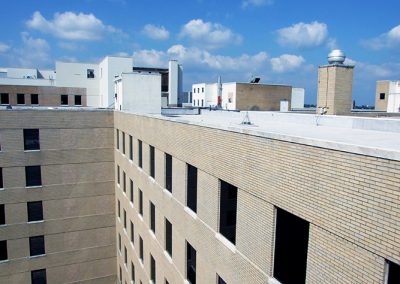