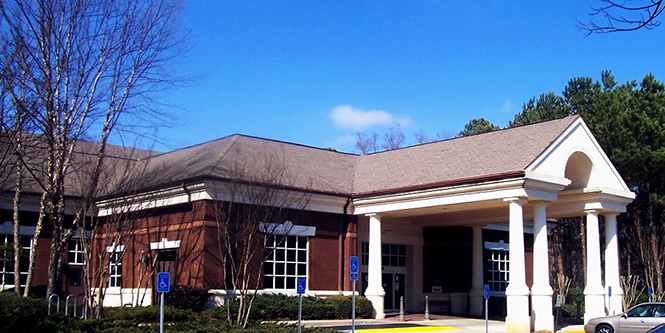 Raymond was retained to provide roofing options for both the low sloped roof area and the steep sloped shingle areas for the Lawrenceville Library by the Architect that was contracted to oversee this project.  The Architect provided specifications for the EFFIS repair/replacement.  Raymond coordinated activities with the owner and architect.

Design documents were drawn up to address both of these areas.  The low slope area was replaced with a white reflective TPO mechanically fastened roof system with a 15 foot Mansard wall covered with a fully adhered TPO.

All materials were obtained from local vendors.  Raymond used a white TPO which substantially changed the reflect-ability.  During pre-design, consideration was given to re-using the insulation, however, it was found to be unacceptable for the type of system being used.

Raymond was retained to provide construction administration to the entire project.  Additionally, part-time quality assurance inspections were conducted on this project. 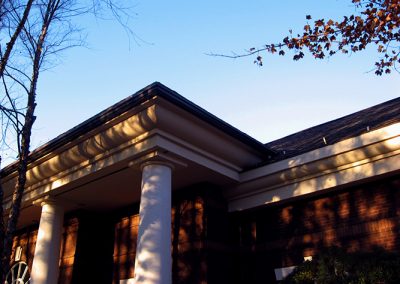 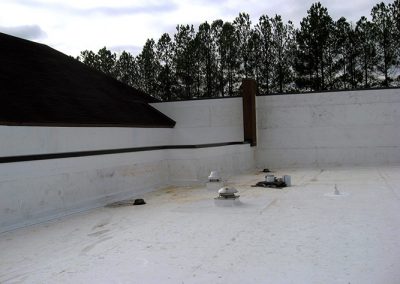 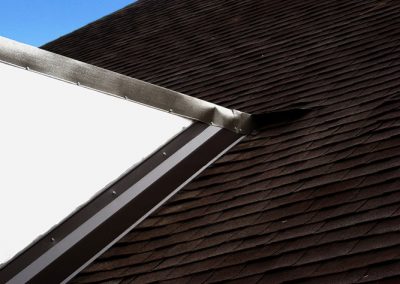