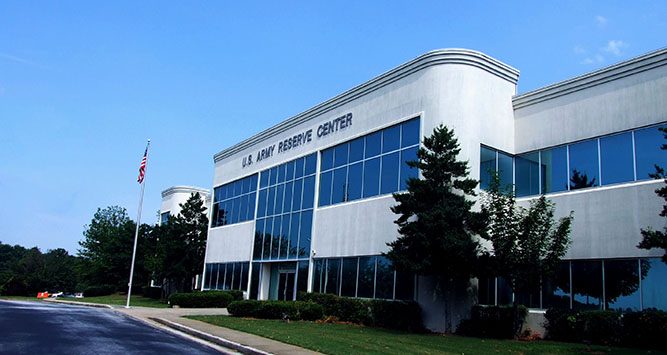 Scope of Work:
Stafford Consulting Engineers and Raymond are teamed as a MATOC contractor for the U.S. Army Corps of Engineers-Louisville District, in support of the U.S. Army Reserve’s National Roofing Initiative (NRI). The current scope of work is to perform roof evaluation surveys of Army Reserve Centers and associated facilities throughout the southeastern United States, develop the RoofPro database, and prepare re-roofing specifications and drawings for the surveyed buildings. Once projects are approved for re-roofing, Registered Roof Observers provide construction administration and full-time inspection services.
Raymond Engineering Involvement:
The Decatur, Georgia Reserve Center was experiencing severe leaks and was scheduled for a new roof assembly. Since the initial information provided indicated the center would be moved to another location within five years, it was decided that a mechanically-fastened single ply recover roof system would be designed. The design would require the roofing contractor to perform a moisture survey of the roof to locate wet insulation, which would be removed as part of this work. However, the roofing contractor discovered that most of the roof insulation was wet, which would require total replacement of the roof system. The U.S. Army Reserve decided that relocation of the center would not occur for an extended period of time. Raymond then worked closely with the Louisville District to develop a change order which would provide sufficient instructions to the contractor for re-pricing the changed scope. We then conducted a pre-work conference, and provided on-site construction administration and full-time inspection services during re-roofing operations. Many of the details associated with the new roof were worked out in the field since the leaks we disrupting building operations and further delays to develop a new specification and drawings was not practical. 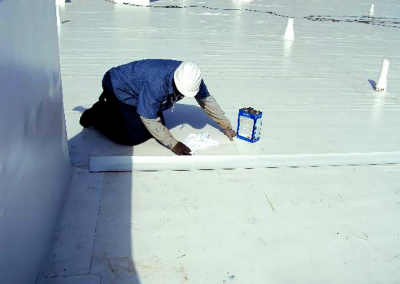 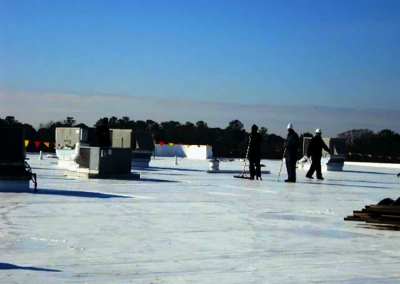 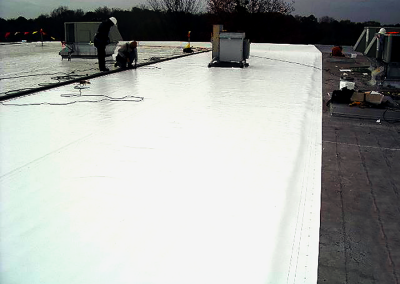 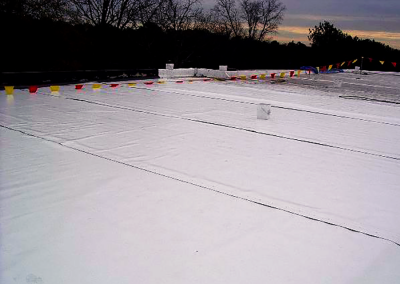